With another Saturday comes another Meet The Maker Sessions with this Saturday to be hosted by Dom Valentine of Valentine Wines. 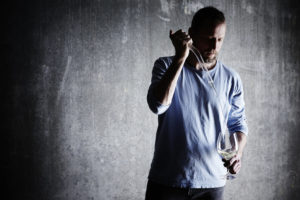 Dom’s wine journey started in 2010 while working in Rudesheim and Geisenheim in Germany’s Rheingau region. In that year, Dom worked for both both Weingut Josef Leitz and Weingut Georg Breuer – two of the region’s most respected producers. Each of those experiences was  inspiration to return to Australia and pursue his Valere project whereby he sourced grapes each year from a different vineyard in Victoria to explore the lessons learned in Germany.

Fast forward some years and Dom has added a deliciously perfumed Heathcote Grenache and a wildly ace Chardonnay from Victoria’s highest altitude vineyard in Whitlands in the NE of Victoria. Both wines add to Dom’s unmistakable light touch when it comes to producing wines that have true terroir expressions.

So as Molly would say, do yourself a favour and swing on by the WINE STORE | WINE BAR this Saturday, October 27th from 3-6ish and have a gander of three of our fave wines for 2018.

Will you just check out this weather; tis positively Spring-ish I tell you!!!! Oh Sunday, you beautiful beast. 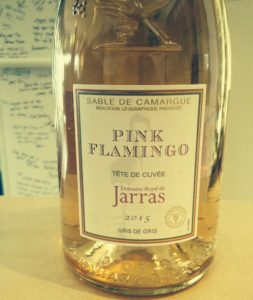 And if you are going to raise a glass to this delicious day, why don’t you put some of this in it – the Domaine Royal de Jarras ‘Pink Flamingo’ Rosé 2015, Sable de Camargue from the mouth of the Rhône.

From a blend of Cinsault, Carignan and Grenache, this beaut has lovely supple tart red fruit in the mean of frozen red berries right out of the freezer. The name might suggest ‘giggle juice’ but this rosé is certainly not sweet; the opposite actually. Its very dry.

Drink with cured meats and smoked salmon and always $26

I love new stuff. I love new wine. This is stuff and wine, so ergo, I love it. 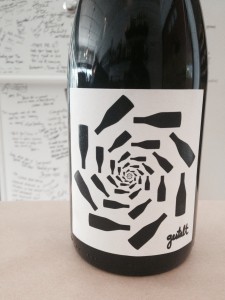 Sourcing fruit from around South Australia, seasoned wine makers Anthony and Craig have produced some cracking wines thus far, with this jobby so far my pick. The Gestalt Serotina Clare Valley Grenache/Shiraz 2015 for me is very Spanish in style – dry earth and herbage, tart red fruit and lovely grainy minerality. And how cool is the label? Almost have a touch of vertigo!!!

As I see it, this is a no-brainer for either summer or winter be it savoury or rich slow cooked dishes. Just a smoking hot wine is all and always $27 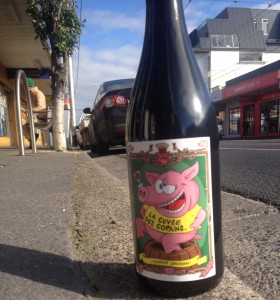 Whoa!!!! Look what has just hit the Paris end of Lygon Street. The #SuperAceTickityboo La Cuvée des Copains Grenache 2014 from Côtes du Rhône in southern France. Now this Little Piggy has been a favourite of mine for quite a few years and when I heard he was back in the country I just knew I had to get some. Geez it’s ACE!!!!

This has got to be one of the most reliable wines I have ever seen because year-in-year-out it just keeps delivering and delivering and delivering. Awesome dried flowers and spice on the nose, this Grenache hits its straps in the palate with delicious earth, red fruit and long and lingering notes of prickly spice; think clove and cardamon. It’s banging value and always $22.

Don’t let this little piggy go the market. Get it home #ProntoStatNow 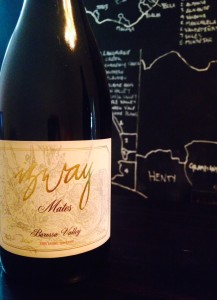 To state the bleeding obvious, winter is here and geez is it bloody cold!!! Seriously, this is the coldest winter I have had since 1997 in France – that was cold. I think the big reason for the ‘coldicity’ (just made a word up) is that autumn was also cold, so I guess it is ‘cold2’. Now with this coldicity upon us one of the great cures is red wine, and this wine I think may just be that cure, that saviour if you will. The Izway “Mates” Grenache/Mataro 2012 from the Barossa Valley is exactly the wine that is made for cold weather. Why you ask? Just is, is the short answer. But that will not suffice. 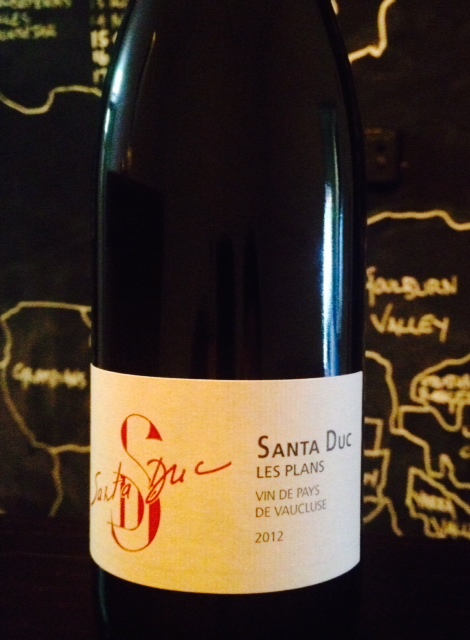 With the end of Daylight savings almost here, the days will start to get shorter and darker and cooler. Winter is upon us and with this juicy reds are always welcome in a glass nearby.

The Domaine Santa Duc Les Plans 2012 from Gigondas in the Rhône Valley is full of juicy goodness, primarily thanks to 50% Grenache and 25% Syrah which gives the wine a plump and rich texture without coming across as jammy and stewy. It’s like a warm hug in your glass. It’s just ACE.

Winter is here. let’s embrace it head-on with a bottle of this gorgeous gear.

Drink with a lamb casserole and $20 always 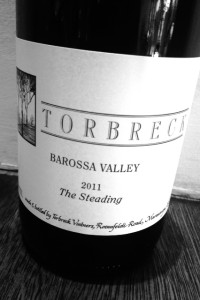